Installing Velixo Reports for All Users on a Single Machine

Trying to install Velixo Reports on a Terminal Server or Citrix environment? This is for you.

Written by Gabriel Michaud
Updated over a week ago

Velixo Reports is typically installed for a single user (the user performing the install). Under some circumstances, it is desirable to install for all the users who may log in to the system. This is particularly useful in multi-user environments such as Citrix or Remote Desktop.

The Velixo installer is configured to provide this capability.

The Velixo Add-in for Excel is compatible with Excel 2010 for Windows and later. For more advanced GI and List features, Velixo recommends a recent version of Excel 365. 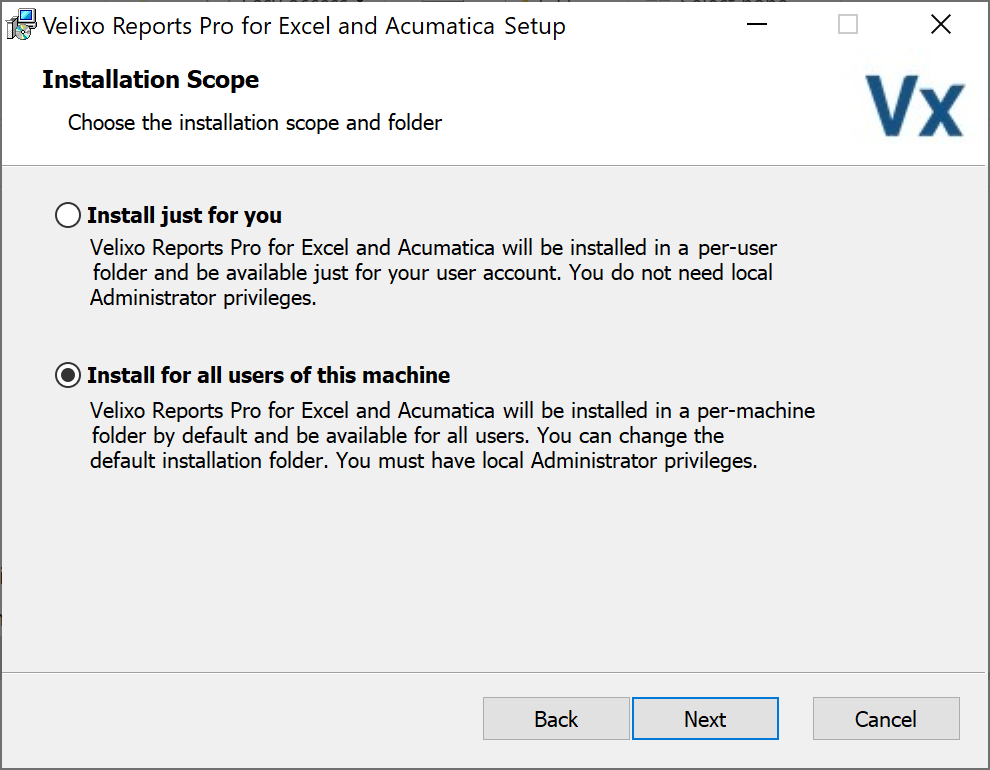 Note: If you receive the following message...

... you will need to Deploy Velixo Reports using the Command Line method (described next).

For organizations which need to deploy with no human intervention...